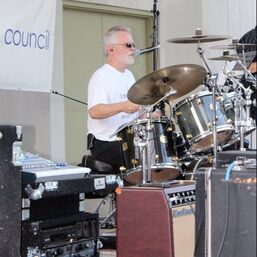 Steve has a Bachelor's Degree in Music from UNK - Percussion Major & Vocal Minor. Inducted into the Nebraska Country Music Hall of Fame in 2018.
While working at Seven Hills Recording Studio he arranged, produced, engineered and performed on two Top 100 Country singles, plus a number of radio & television jingles.
He was songwriter and drummer for The Seven Hills Project, which won the prestigious State Championship in the GMC/True Value Country Showdown.
Steve has been drummer/vocalist for regionally popular bands including Fable, Jolly Roger, The Insiders, The Salty Dogs, The OK Sisters Band, Treo, The Main Event (Kansas City), Quest (Des Moines) and Snapshot.
In these bands he has shared the stage with Charlie Daniels, The Nitty Gritty Dirt Band, Billy Dean, Head East, Chuck Mangione and others.  You may have seen Steve at Yanda's Music & Pro Audio in Kearney, where he has worked for over 25 years. 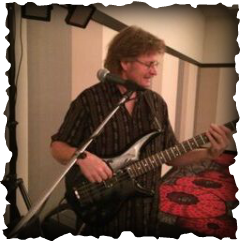 Gordy (yes, he's related to the late, great Harry Chapin) bought his first guitar at age 9 and played in his first band at 14.  He began playing the bass guitar at 15.  He studied music at Black Hills State College, majoring in instrumental music with a minor in vocal music.  With the college Jazz Ensemble he toured some of the most prestigious venues in Russia and Poland. He moved to Nebraska in 1982 and soon started working with bands such as the The Traveling Gamblers, Roger Pape and Company, Snapshot, Sweetwater, Borderline and Exit 342.  He joined Bases Loaded in July of 2013. 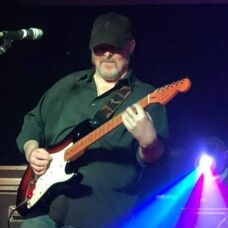 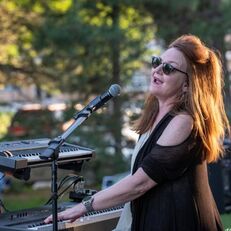 Lori has returned to Kearney, and music, after a few years away. Her first "real" band was JOLLY ROGER with Steve Main and T.J. Hanlin during her college years at UNK.  The pursuit of the musical dream took her to Kansas City where she and Steve started the MAIN EVENT project. They eventually moved to DesMoines where she joined FLIPSIDE.   She took to the road with Flipside and then moved on to the Denver based band HIGH PROFILE which included Mike Sciachitano.  After finding a home in Denver, she found local success with a group called BEYOND CONTROL for several years.  They were sponsored by both Coors and Miller brewing companies and opened for several national acts who visited the Denver area. Lori was inducted into the Iowa Rock and Roll Hall of Fame in 2019.